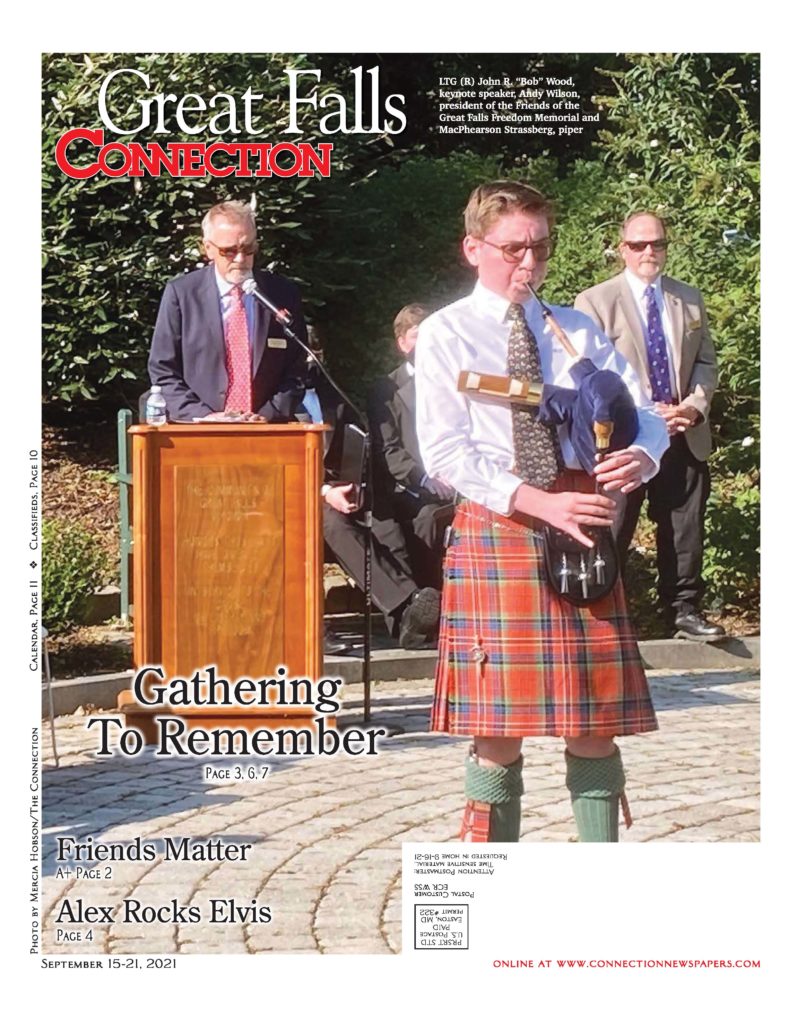 The 2021 9-11 Remembrance Ceremony honored the 20th anniversary of that fateful day with a Boy Scout color guard, a young Great Falls bagpiper, singing by the Langley Madigrals, a taps bugler, remarks by retired three-star Army general Bob Wood whose Pentagon office was struck by American Airlines Flight 77, a bell-ringing for each of the six victims from Great Falls, and one of the largest audiences the Freedom Memorial has ever hosted. Thanks to all who participated. The ceremony can be viewed below or by clicking here.

The Great Falls Connection published a story about the ceremony, which can be viewed here.