On Monday, September 11, at 7 o’clock pm, the annual September 11 Remembrance Ceremony was held at the Great Falls Freedom Memorial. Great Falls lost six residents to the attacks on September 11, perhaps the highest casualty rate in America. The ceremony honored them and all who sacrificed on that day and in its aftermath.

The event opened with a presentation of the flag by a detachment of the United States Marine Corps.  The audience recited the Pledge of Allegiance, led by Boy Scout Troop 55, and sang the National Anthem, led by Erin Gantt of the Washington Choral Arts Society.  The keynote speaker, Great Falls resident Jim Roberts, President of Radio America and founder of the American Veterans Center, shared vivid audio from his station’s radio broadcast on 9/11, his recollections of the terrorist attacks, and his thoughts on the lessons to be drawn from them.  The audience lit candles in remembrance of each of the September 11 victims from Great Falls, while trumpeter Steven Pastore, also of Great Falls, sounded Taps. 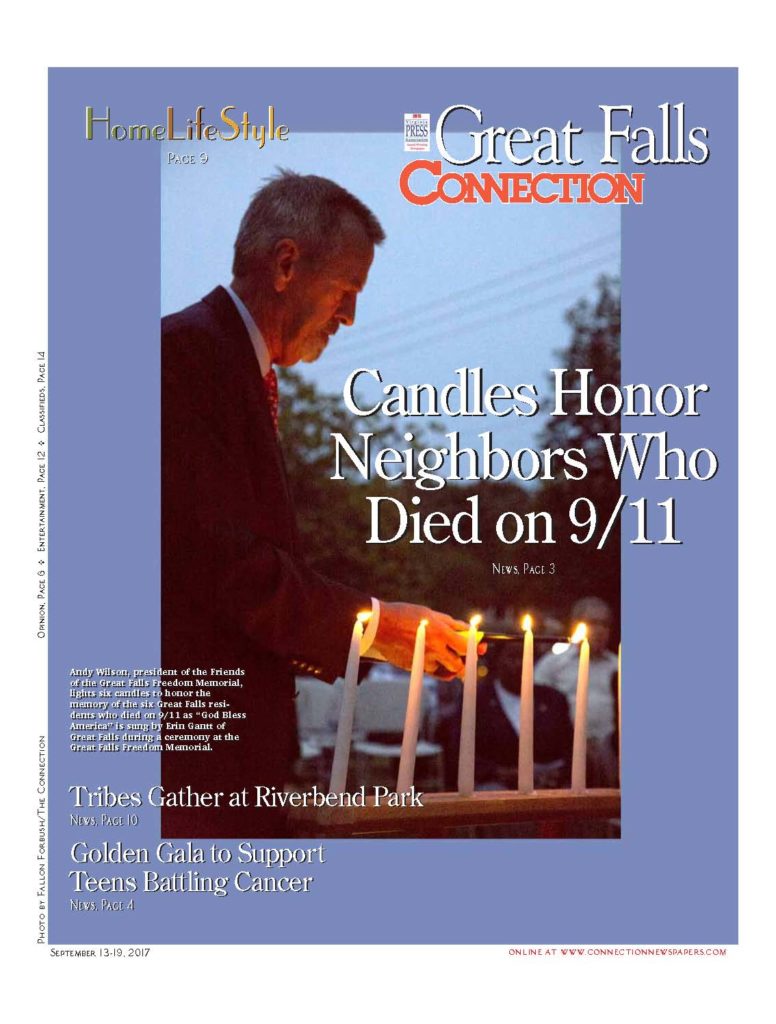 View and share pictures and video about the event here.  A video of the entire event can be seen here:

The Freedom Memorial is located behind the Great Falls Library at 9830 Georgetown Pike and hosts three ceremonies each year, on Memorial Day, September 11, and Veterans Day. The ceremonies are open to all. Ample parking is available in the library parking lot. In case of rain, the ceremony moves to the library meeting room. Limited seating is provided. Attendees are encouraged to bring portable chairs to all Freedom Memorial ceremonies, particularly Memorial Day.